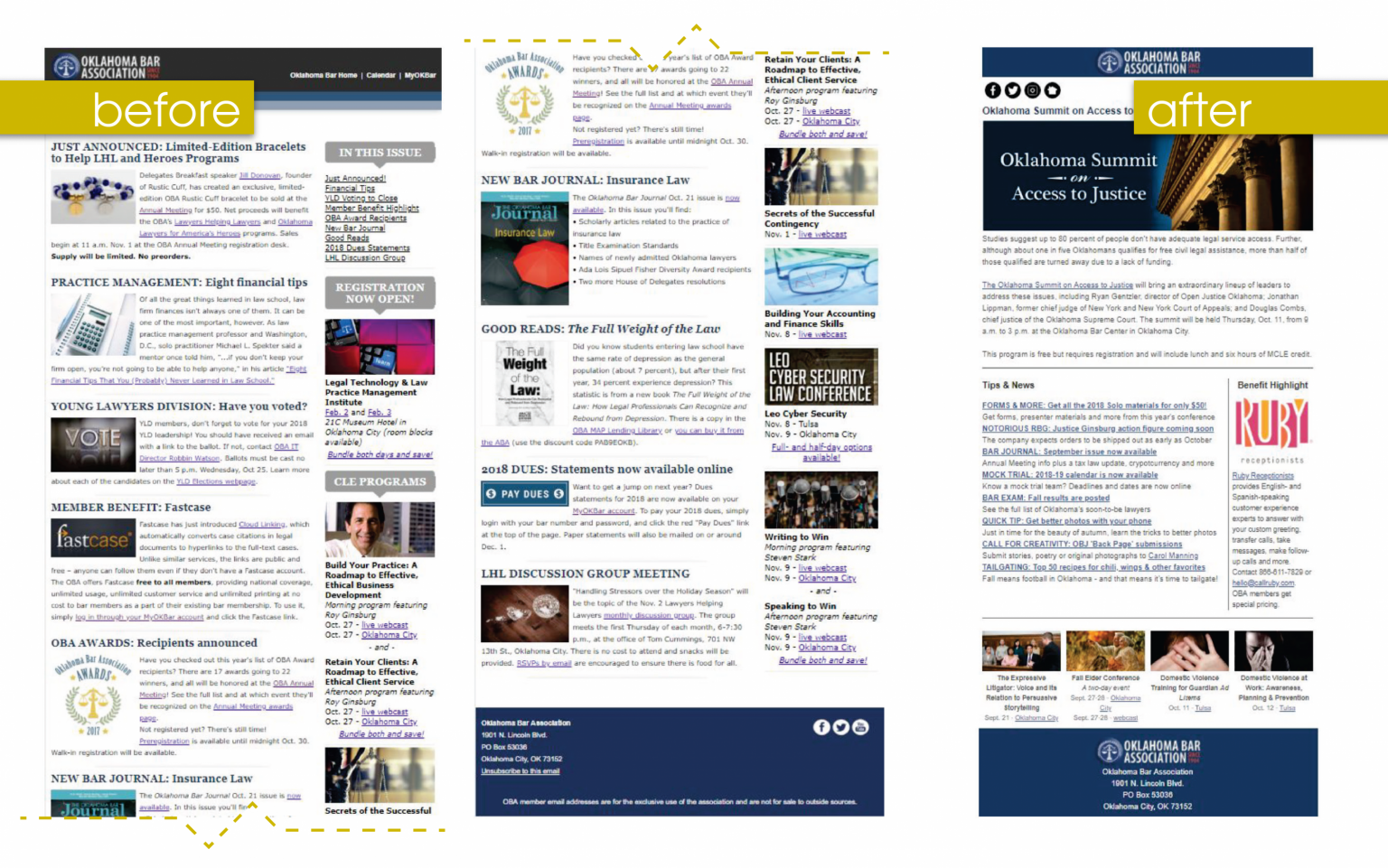 The semimonthly e-newsletter has a distribution of more than 15,000. The design was unchanged since its inception, resulting in little engagement. Independent initiative was taken to redesign the layout entirely, utilizing less text while still featuring the same number of items and maintaining click rates of items featured annually, plus increased engagement for items that were previously featured at the bottom of the old layout.