The front french doors didn’t latch in the living room so I dug out an old lock I found somewhere years ago. I thought “I’ll just switch these locks out really quick.” Nope. I keep forgetting that nothing is standard in this house. Sometimes, even when things look the same size, the don’t really “match” each other. I love that, but it still takes some getting used to.

Anyway, it gave me an excuse to pull them apart and see how they work, how they differ… and what exactly was wrong with the one I pulled out of the door. 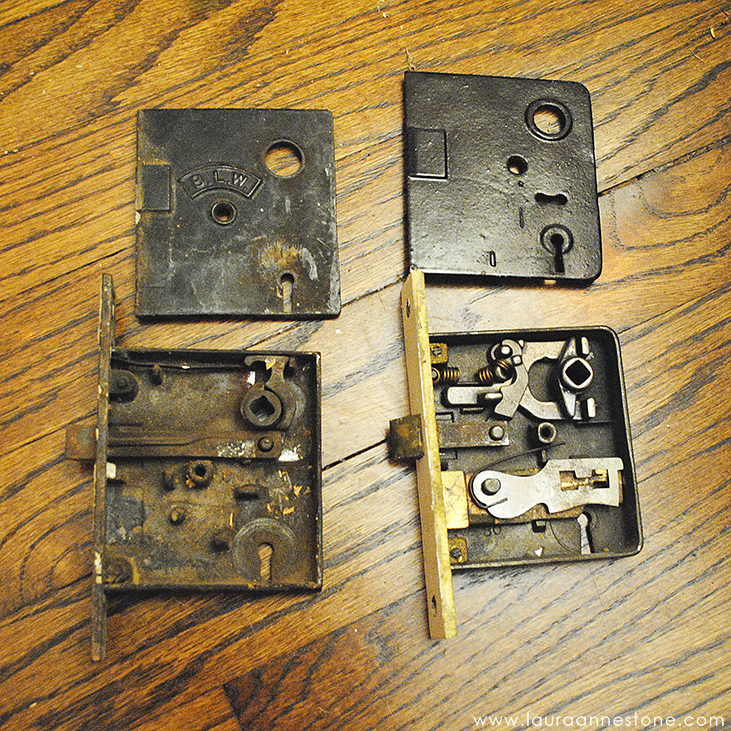 The one on the left is the foundling from who-knows-where and is smaller. It also seems to be older, it’s more primitive and has a much simpler design. The right is the broken one I pulled out of the door. It definitely seems newer and after a little checking I have decided it must be a replacement. I’ve pulled the locks out of other doors around the house and they don’t look the same inside. The other locks from around the house fall somewhere between the really old one on the left and the kinda old one on the right.

And, in case anyone was losing sleep over why the one I pulled out wasn’t working, that tiny spring is broken. That’s why the door wouldn’t latch. (Sorry for the poor photo, I was too lazy to get up and turn on the light). 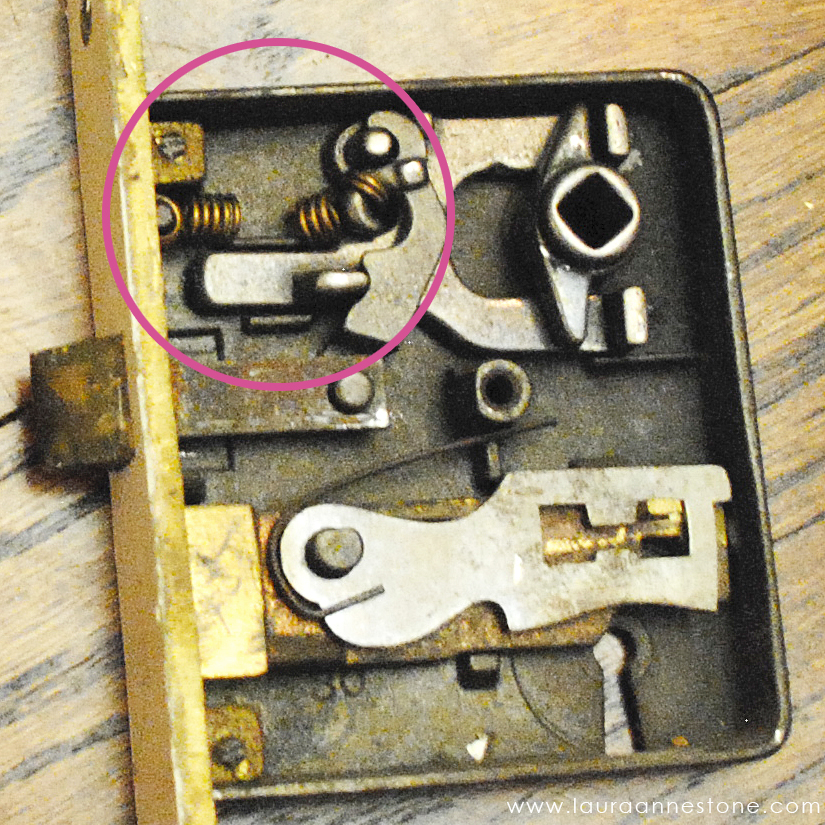 And in case you’re wondering how this lock works:

The square to the right is where the knob shaft (which is also square) goes through and when turned, those “ears” push on that silver mechanism attached to the latch. Then when the knob is released, the spring is supposed to snap the mechanism back to release the latch. Pretty crafty, but way more complicated than the older one… which is probably why it broke. That’s alright though, I learned something and I was able to temporarily switched it with an upstairs door we’re un-painting.

Posted in House & Home and tagged hardware, my home, vintage