I decided to paint the office. This office has had several “I’m gonna….” moments. Each one is, to be honest, a stopgap until I can figure out what to do more permanently. About six months after we moved in I decided to assemble some cheap shelves to hold my processed vintage stuff… for now. About eight months ago I decided to install wall shelves… for now. All my temporary organization seems to fail, miserably. As you can see, things only get worse the more I try. 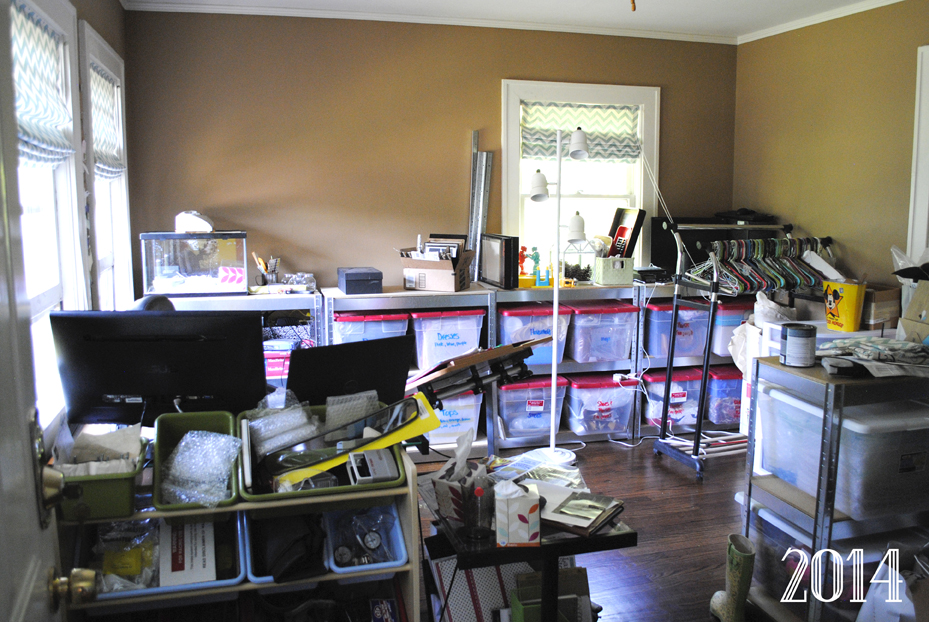 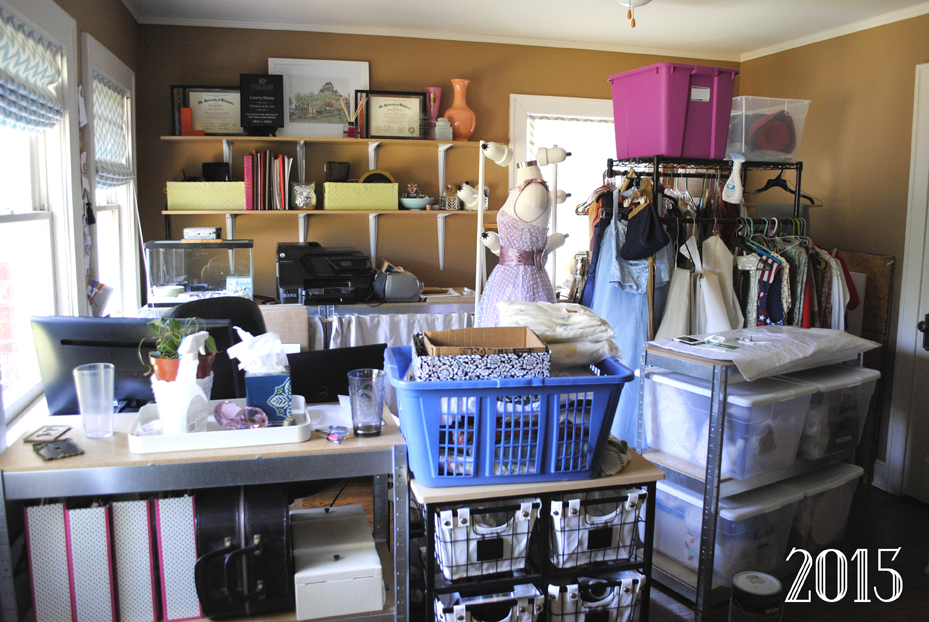 So I decided to start with just painting. Unfortunately “just painting” turned into this… 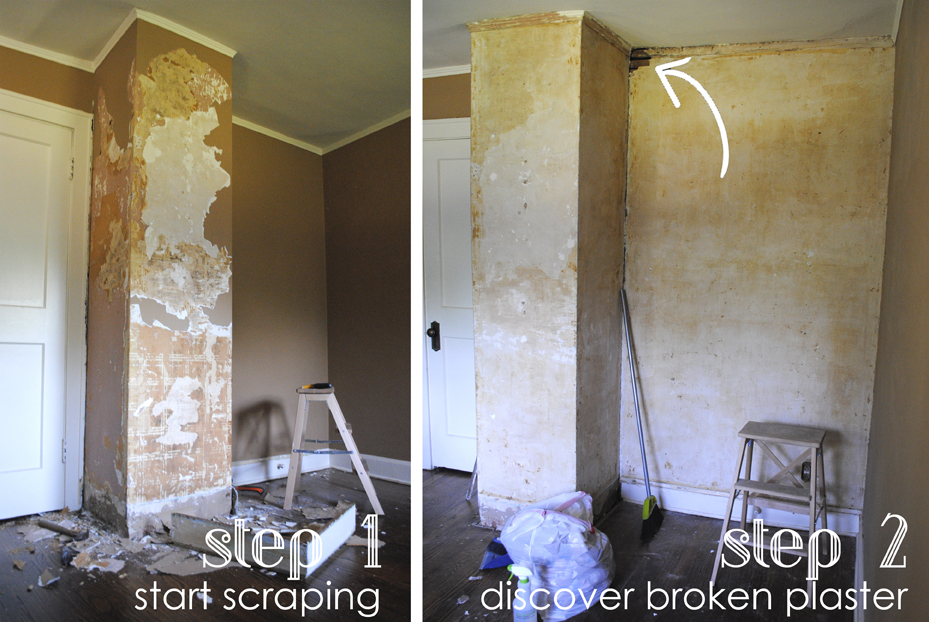 The decades of paint over wallpaper was causing some issues (like in the bedroom, which I’ll explain later) so it had to go. Of course that’s when we discovered the plaster was broken. Then (because why not?) we decided we should try to reattach some of the ceiling. Also, there was caulking… lots and lots of it. 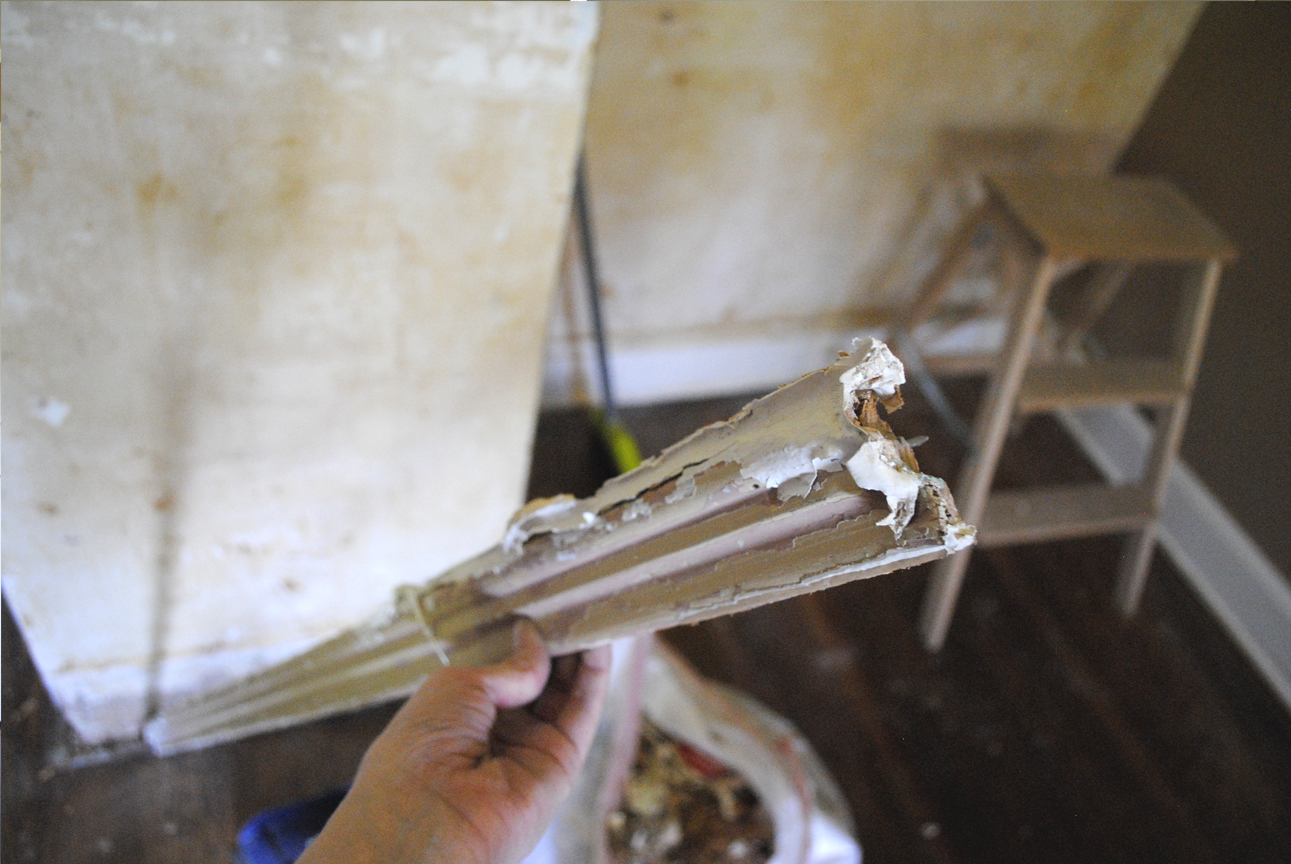 On the bright side, to fix the plaster I had to remove the picture rail moulding, which not only made it easier to scrape, but also revealed the original wallpaper… pink with tiny silver polka dots! So cute.

Anyway, it eventually looked like this, patched and smooth and ready to be painted (white, of all colors… very strange for me, I’ve never painted anything white). 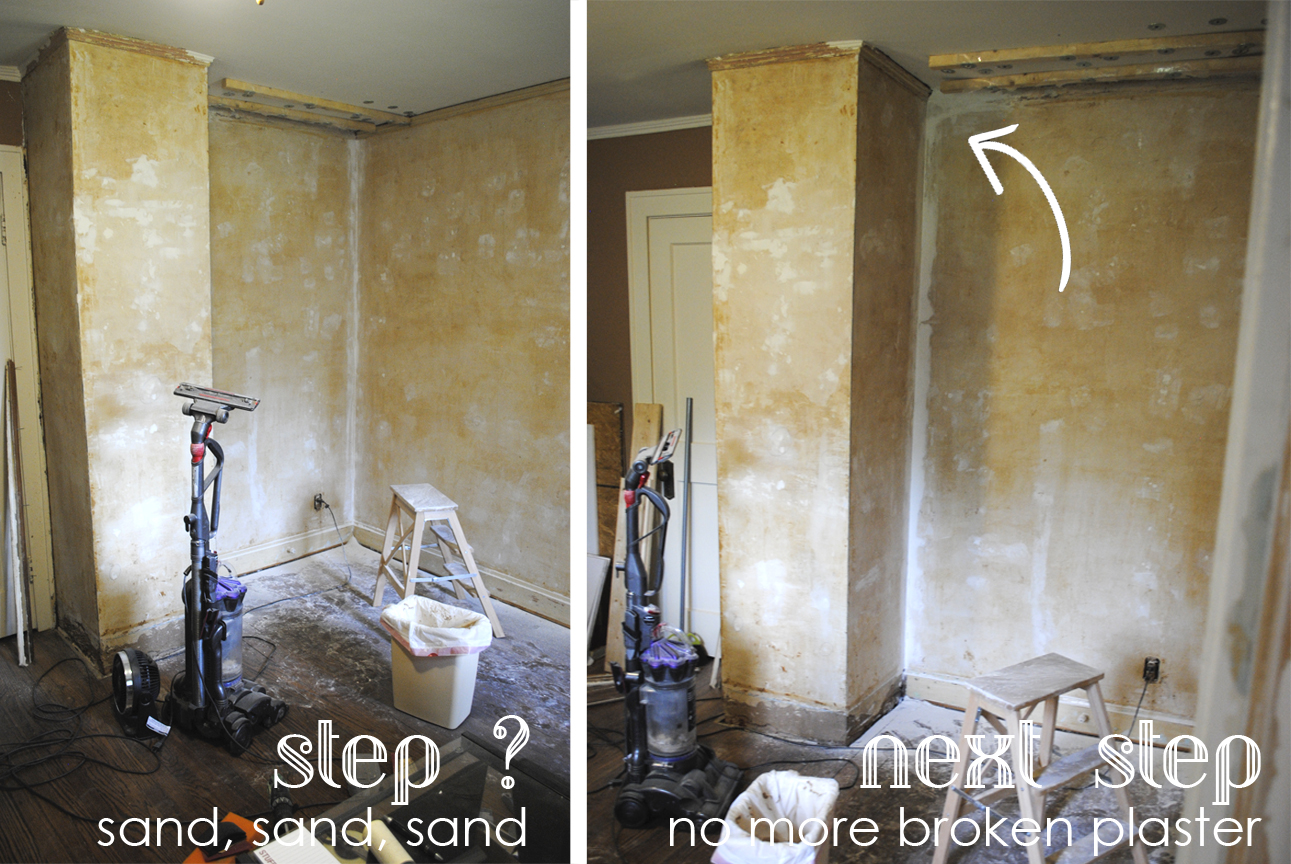 Another “weekend project” turned into a three-week mess. But the result is almost one-half of one room stripped, repaired and painted. Progress!