This is a little late, but in early November I volunteered my house for invasion when I invited my extended family over for Christmas. Nothing makes you think “Gotta get the house in order!” like knowing you’re about to have a few dozen visitors.

Anyway, when we moved in we decided the painting priority would go something like this:

The living room got painted twice. Everything looks so different against the reddest red and we accidentally picked a green that looked a bit too much like mint ice cream. We found another color – a gray that’s a little on the green side – and it looks just wonderful. Of course, for those of you counting, that meant the process went: hiding primer (x2 in some places), too-green paint, then just-right-green paint. Oh, and we also painted the ceiling.

The dining room was a different story. It had those high gloss stripes so it got three coats of primer before paint. Still a ton of work but I just shut the doors and ignored the mess until I could settle on a color (which I eventually did, more about that when I get to the textile of that room).

For the hall, I knew I wanted to do a blue-gray. Unfortunately after the living room situation I was nervous, and not entirely unjustifiably either. I bought two gallons of what appeared in the store to be the most beautiful and appropriate (and palest!) blue-gray ever.

Then it went on the walls…. 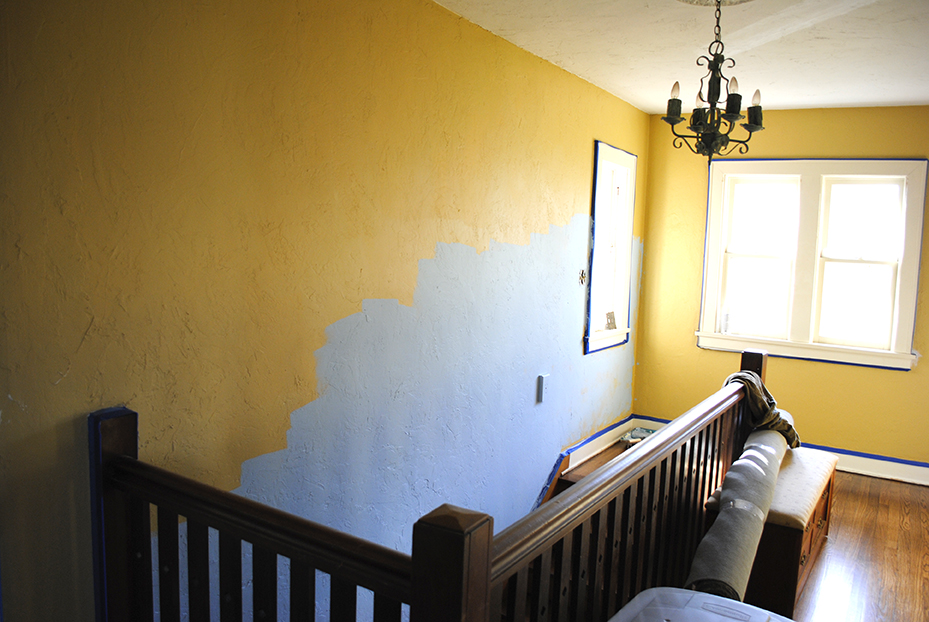 Throw in a few plaid polyester giraffes and we’d have a lovely boy’s nursery from 1973. It was blue… so, so very blue.

Round two was much better. (You can catch a glimpse of the living room, pardon the mess.) 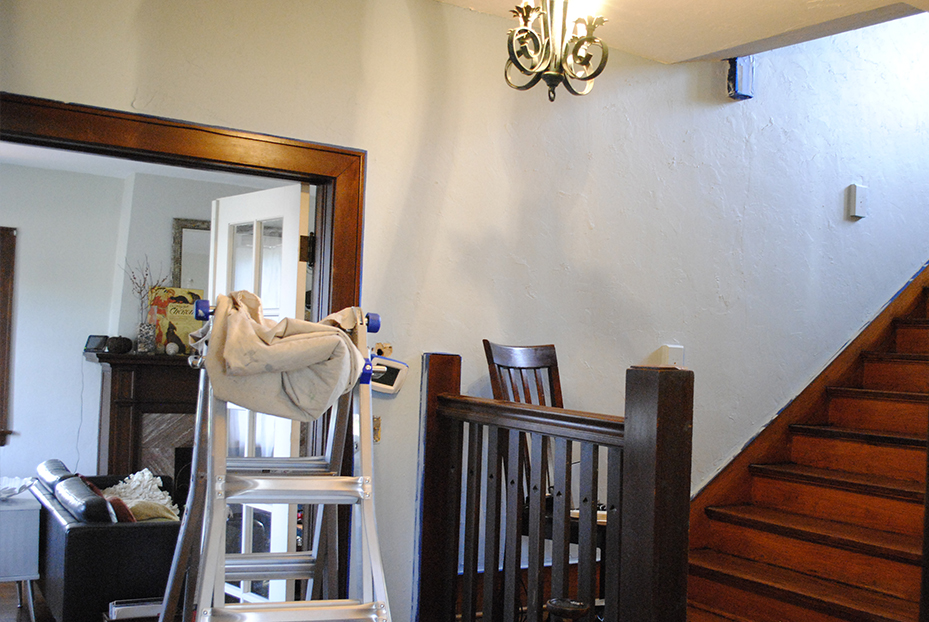 The strange part, however, was that it didn’t look blue at all next to the first color. It’s wet in the image below, but even in it’s darker, uncured state it’s still a huge difference. 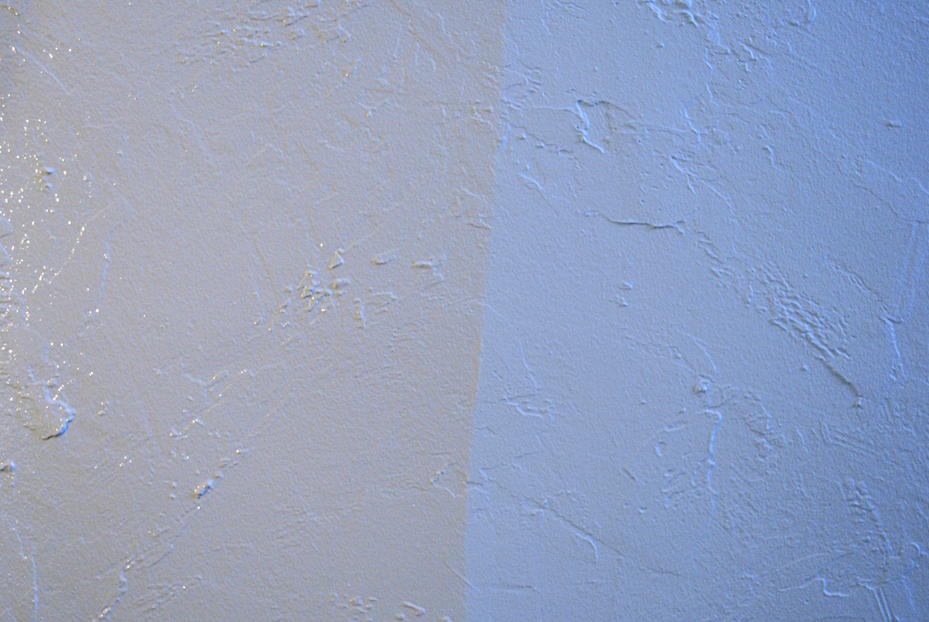 It looks great! The only part that wasn’t great was figuring out how to trim the tall wall above the stairs. I was able to do most of the painting using a roller extension and leaning against the railing but I left the cutting in to the guy with the longer arms. 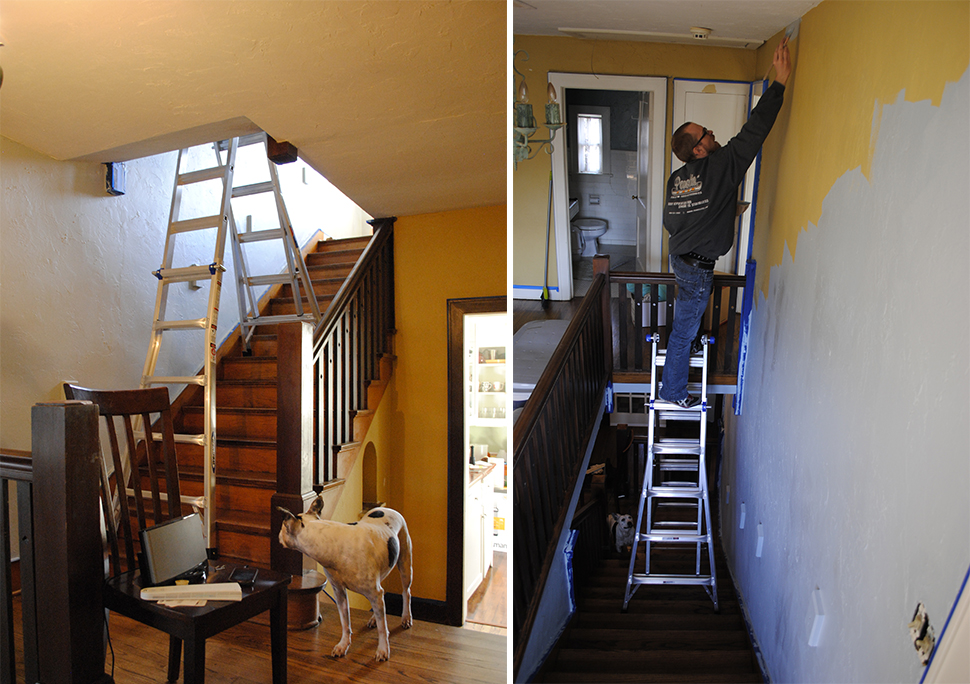 Note Roxie’s interest. She’s curious like a cat, but without the comprehension. She’ll stare and stare but with each passing minute comes the realization that she probably forgot she was looking at the same scene 60 seconds before. We love her anyway.

So that’s the hallway story. Next up? Hopefully that annoying paint that’s buckled off the upstairs woodwork. Hope those lead filtration masks come in soon.