I ran across a photo I’m sure I’ve seen but somehow didn’t really notice until I saw it after a night of playing Bioshock Infinite (again… for like the twelfth time, literally). As I’m sure I’ve noted, I’m the person who nerds out for more than the gameplay. I’m enamored with the architecture and atmosphere of these games – prompting my husband to exclaim “Booorrrriiinnngggg!” more than once when it’s my turn to play. 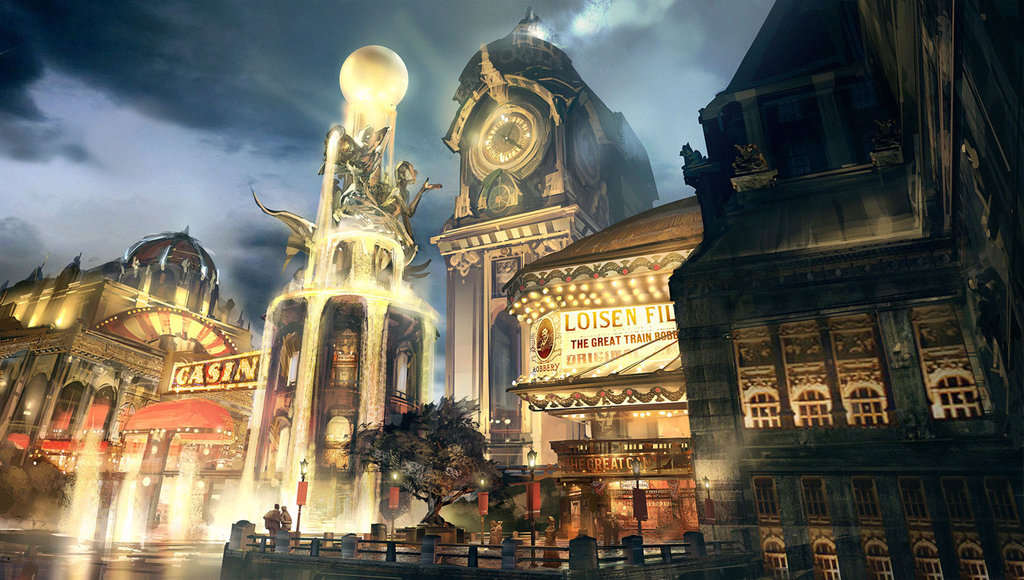 These games take so much to produce, beyond just the technical code to shoot lightening or fire from your hands. The Bioshock series games are especially rich with art and renderings based on historical documents and piles of research. I even ran across study drawings for the building facades, a background that I’m sure so many people fail to notice. This is the sort of thing actual architects and interior designer are trained to do (trust me, I’ve done it). 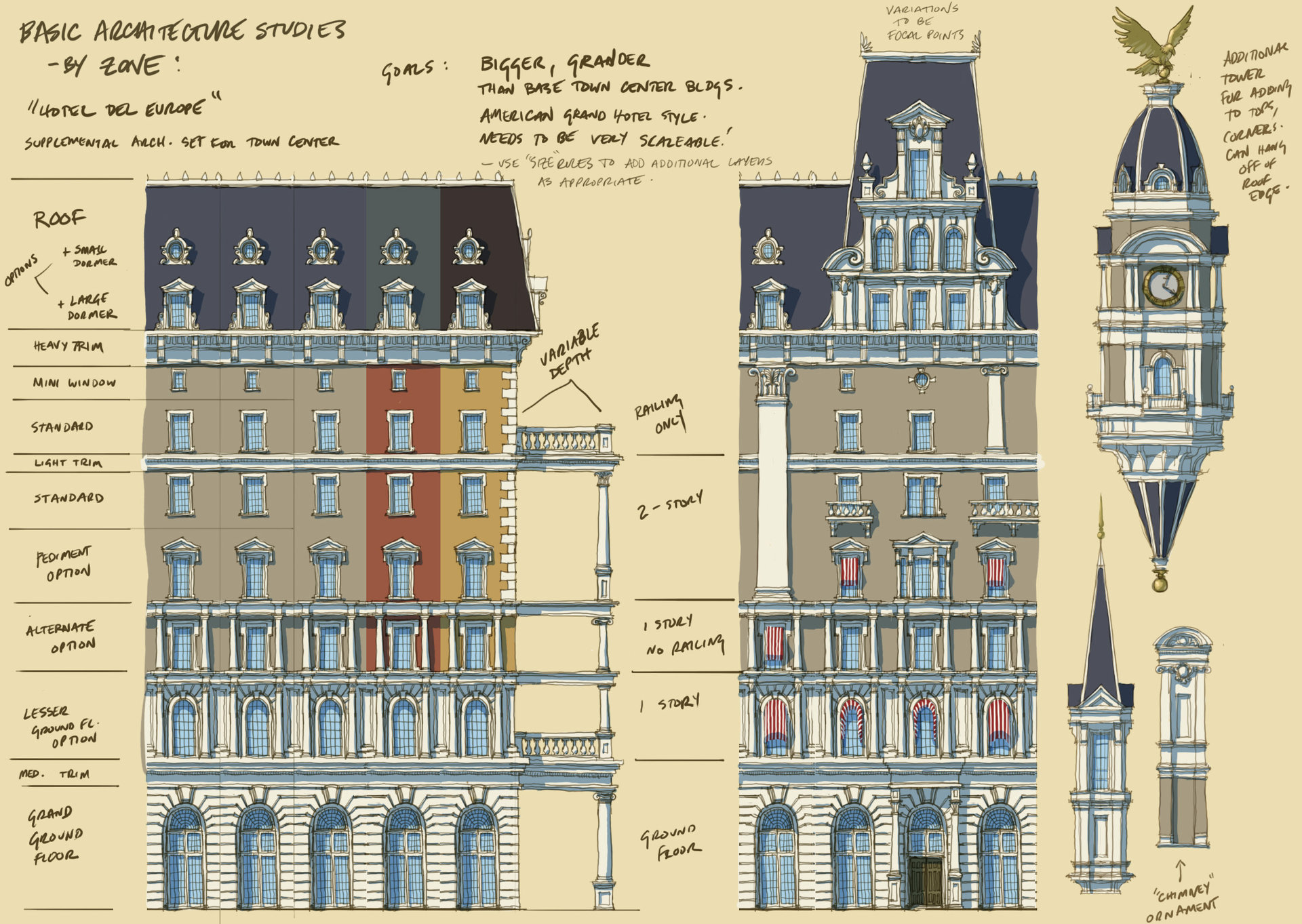 source: Scott Duquette – check out his other work, it’s all very beautiful

Anyway, so I recently saw this image of the Mansudae Grand Monument in North Korea and realized that unrealistically huge statues of Jeremiah Fink, especially the one seen from the Finkton elevator, actually exist! Sort of. 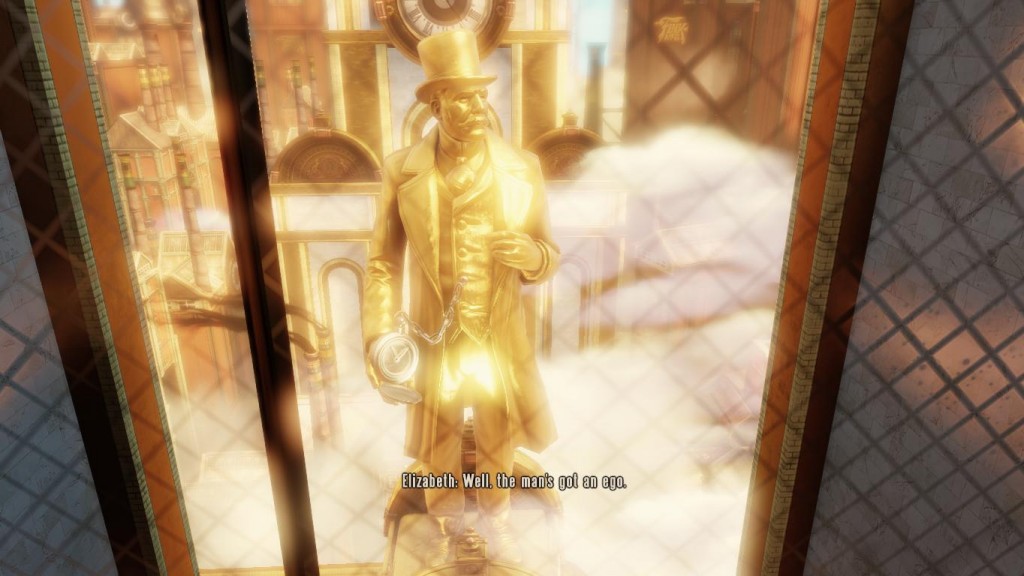 If you aren’t familiar with the game but want a better idea what you’re seeing, click here to view a YouTube video of the elevator scene when the statue is shown.

I’m sure – also not likely coincidentally – that the harsh working conditions and less than desirable living quarters are probably also derived from similar situations. The American Industrial Revolution saw lots of other similarities -like workers being paid in company script (essentially store credit only good at the company-owned store) and being required to live in company quarters, a historical highlight no doubt studied by the Bioshock team – but since the turn of the millennium you just don’t hear about that much.

Anyway, so for non-nerds, now you have a taste of just how in-depth these games can be. And for my fellow nerds, there’s a bit of something to consider next time you play Infinite… assuming you also play it through several times over.