“I guess I’ll tackle these windows this weekend since I have Friday off,” said a man to his wife as they were about to embark on a harrowing project.

The front windows had drippy upper sashes, we assumed because they were caulked and painted shut without being properly closed (hence the need for Window Wieners I made last winter) and the caulking was cracked. Due to what we thought was just normal environmental wear on 85+ years of paint buildup, we knew we’d be painting the exterior and likely repairing rot on at least the largest upper sash where the water had been sitting in the trough created by the improper seal.

One evening Jeremiah took a putty knife and step stool outside with intentions of scraping a little paint off to figure out just how much work it would take. He made a startling discovery.

“The scraper went right through the paint, and when I pulled it out rotted wood dust poured out of the hole.”

The next day his dad came by to help and demolition began. The more they removed, the worse it got. Partial repairs and damage cover-ups were everywhere. Eventually everything had to be torn out. 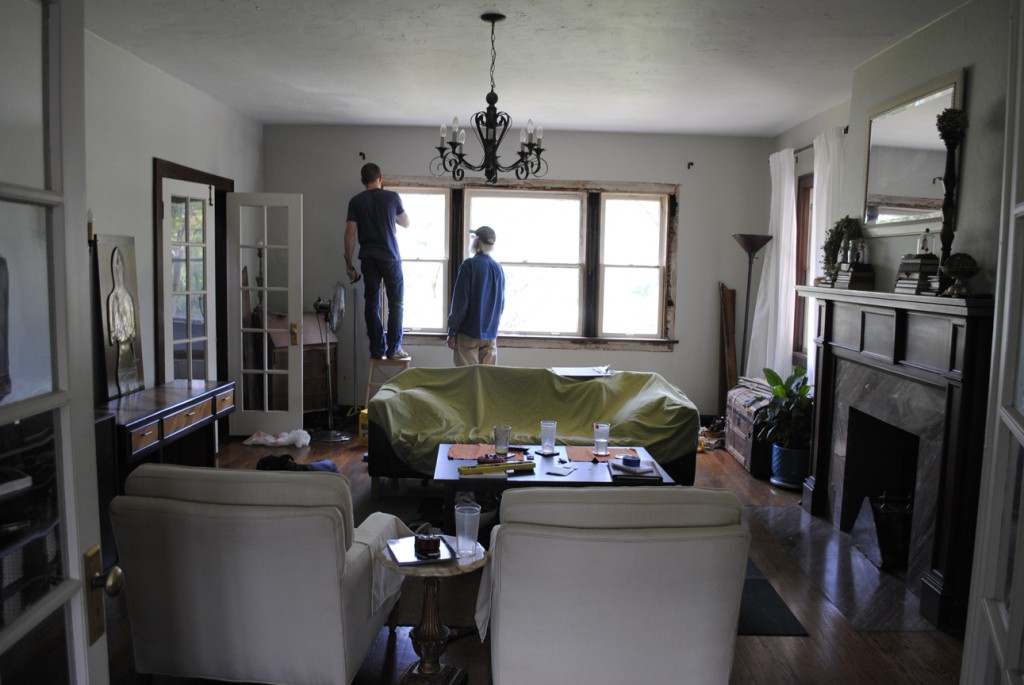 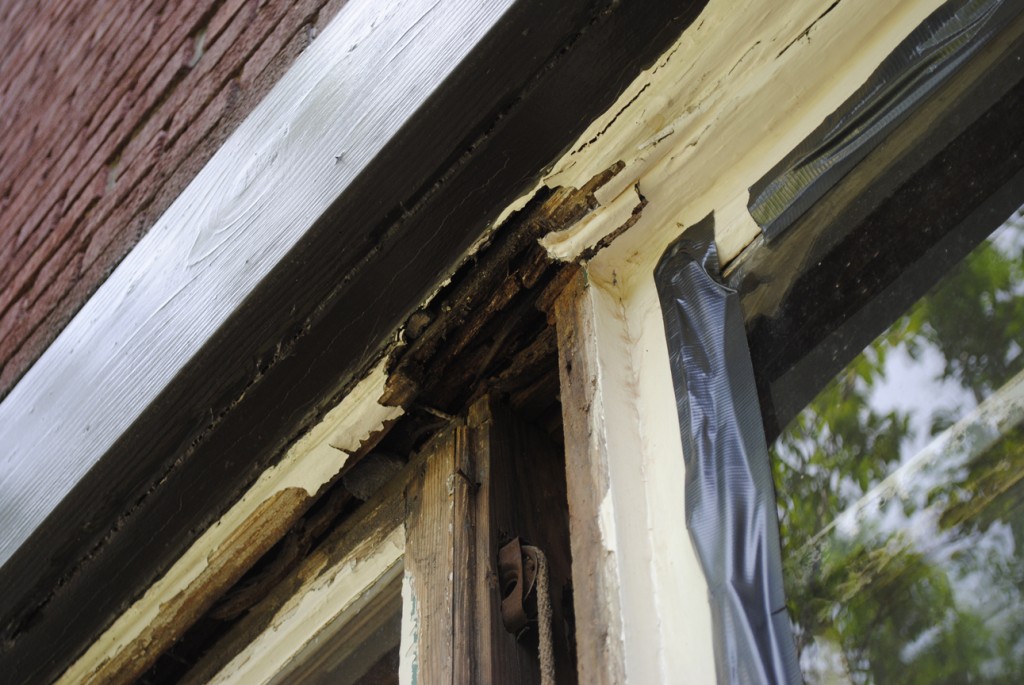 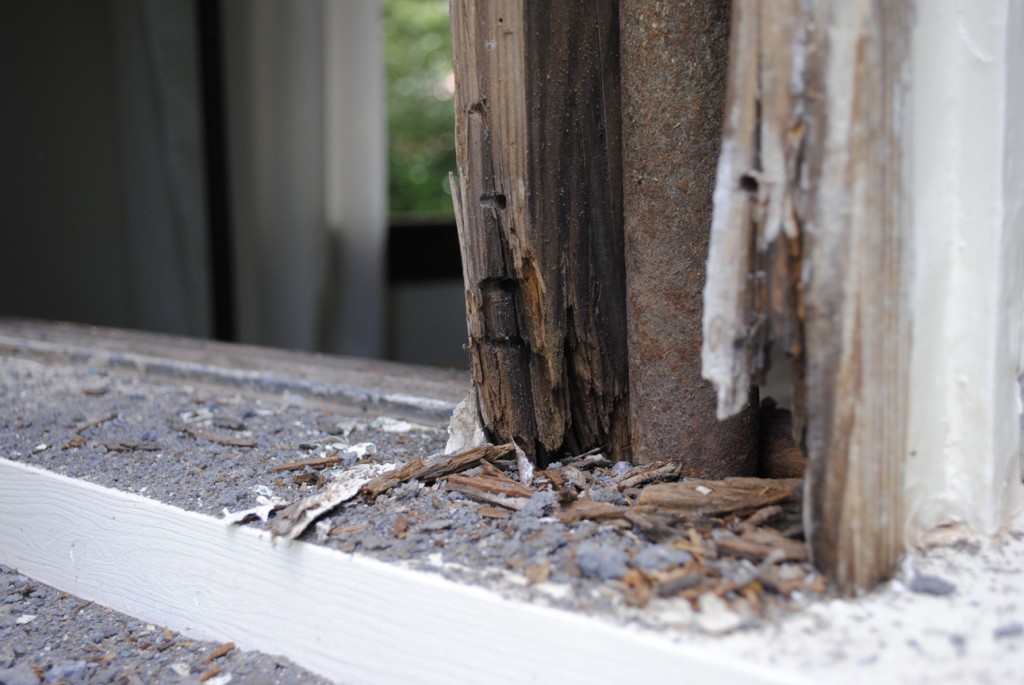 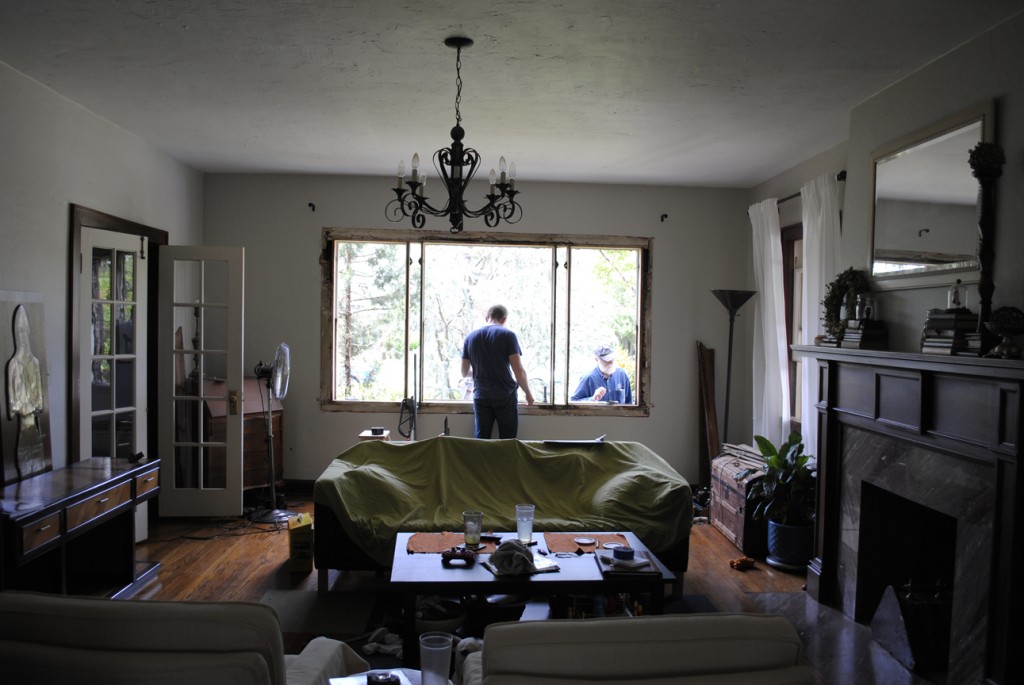 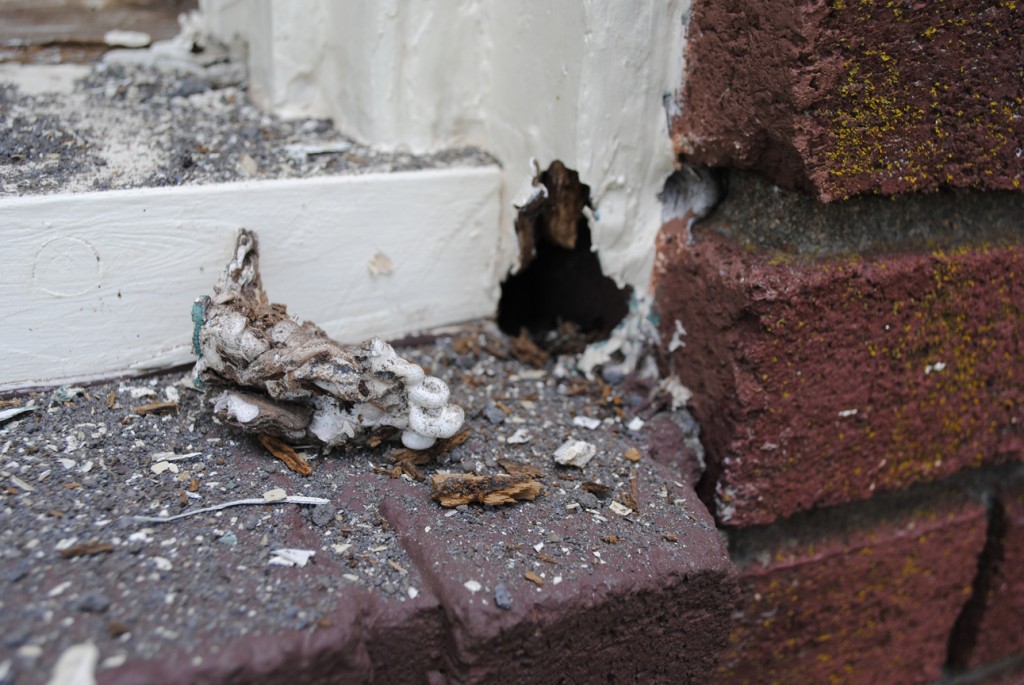 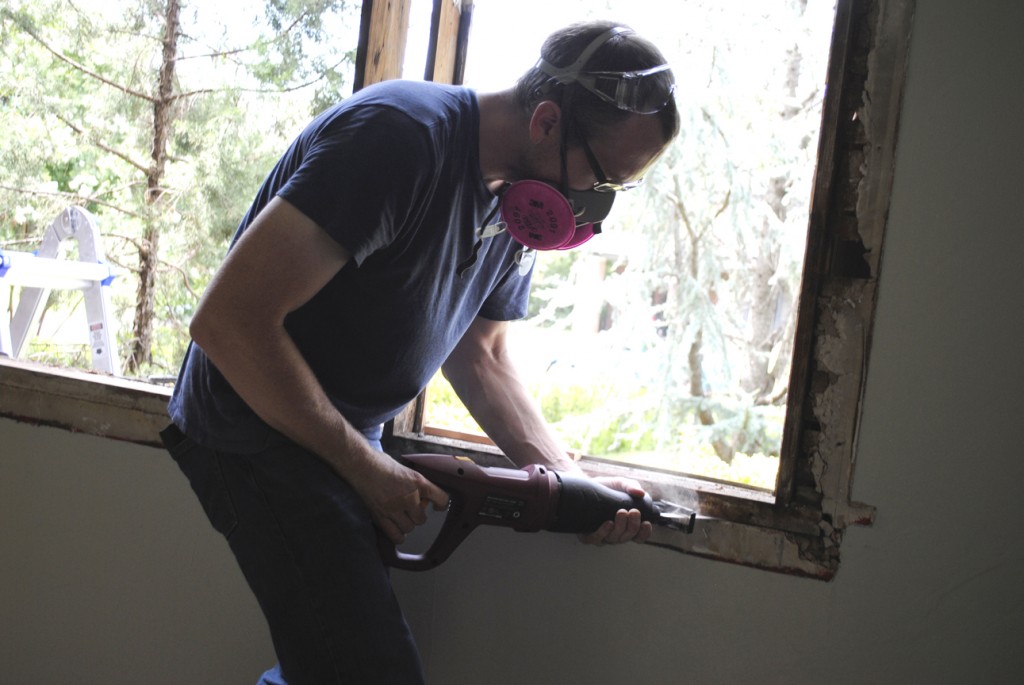 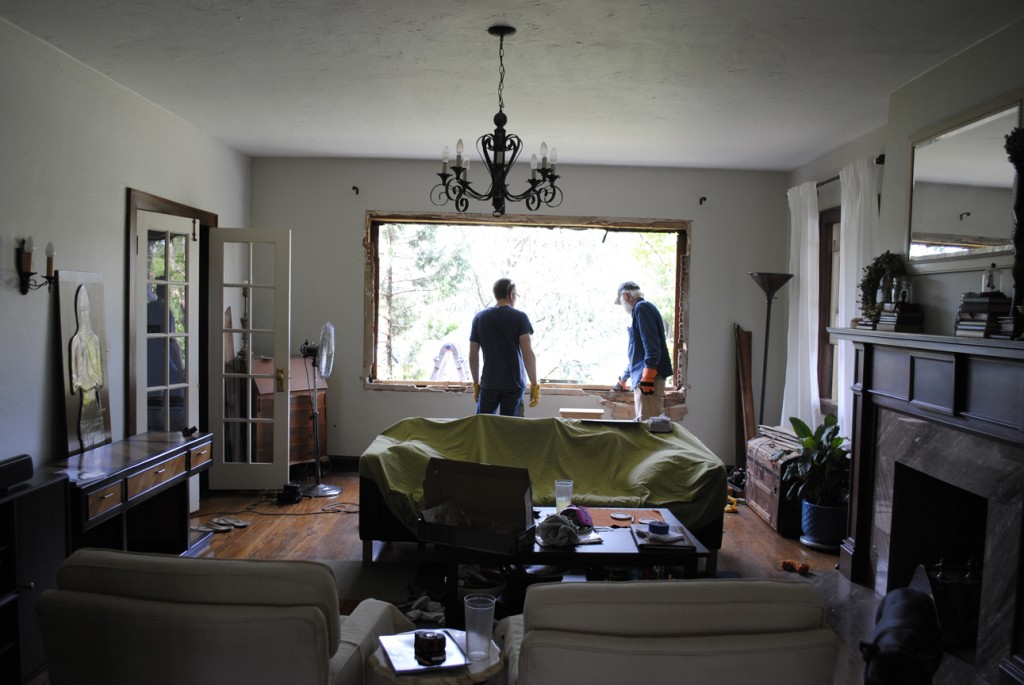 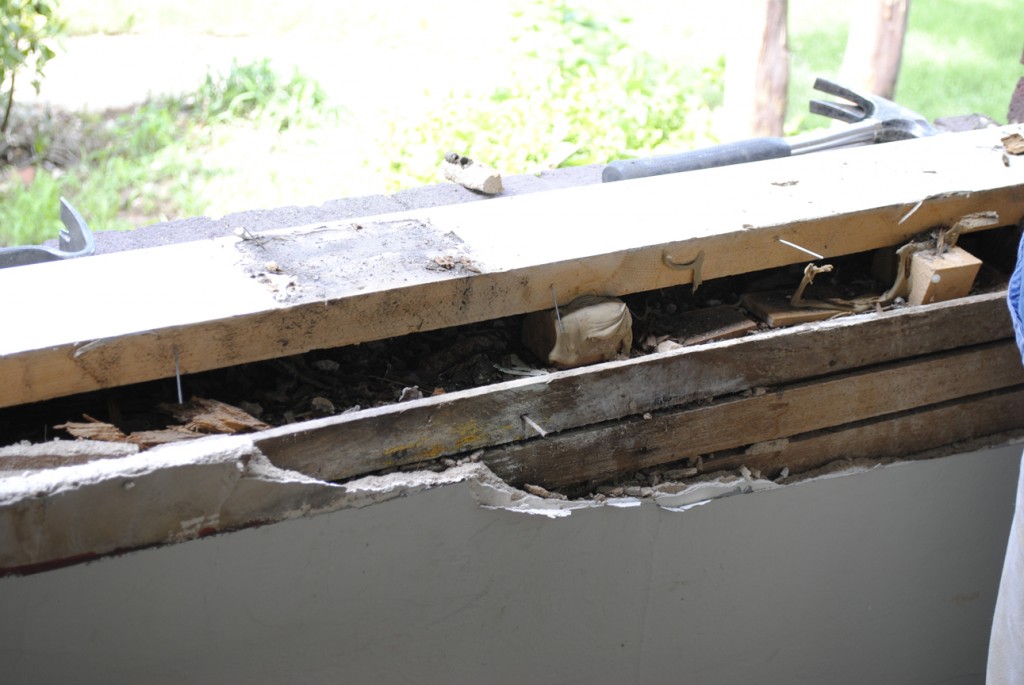 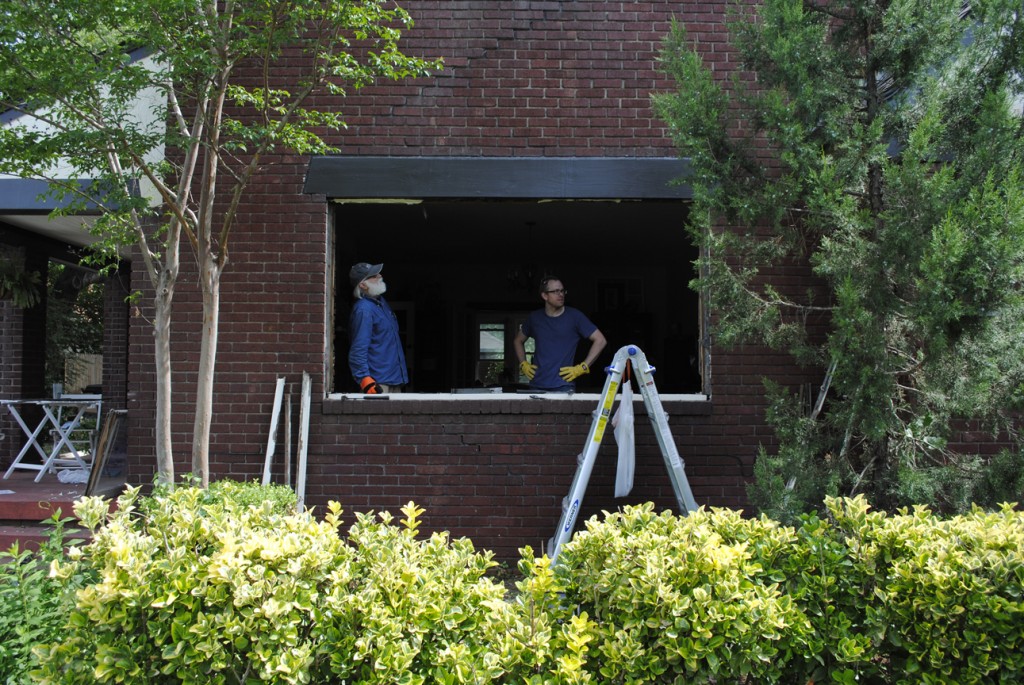 Well, no going back now. 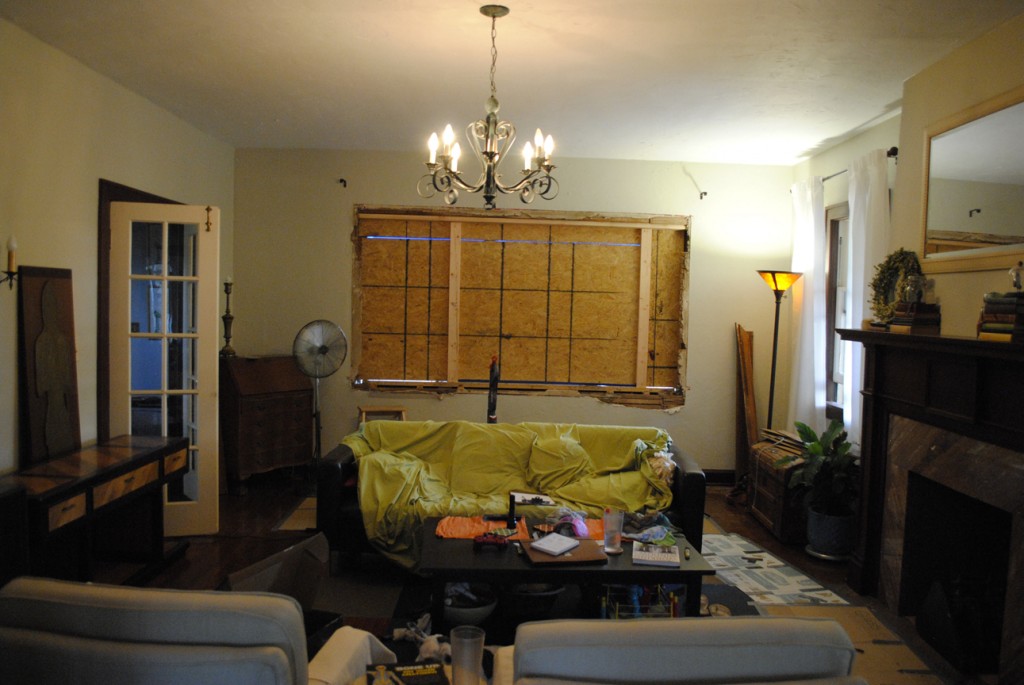 “This shouldn’t take more than a few days.” 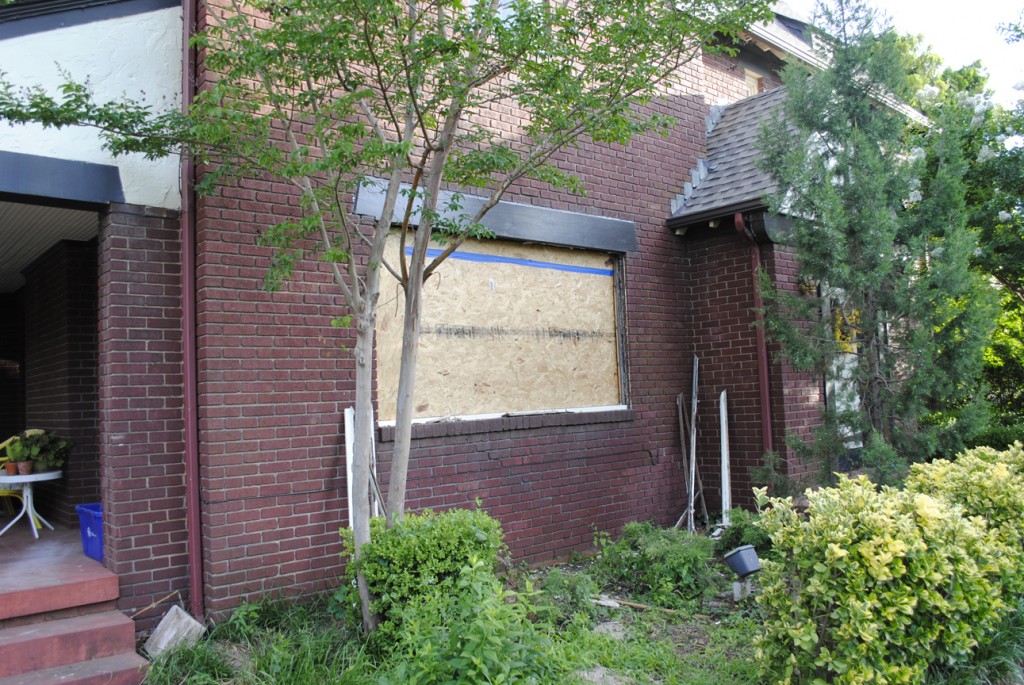