So with everything removed it was time to build a frame.

Measuring the rotten and partially replaced structure in the wall would be extremely impractical if not impossible – and honestly just the thought of trying to figure out where everything went makes my stomach turn even now. So those geniuses, Jeremiah and his dad, used the old frame as a sort of jig, laying it flat in the driveway and building the new frame on top.

Unfortunately, there wasn’t much left to use and what was there was soft and rotten, so they took extra care to preserve what was left of the original. 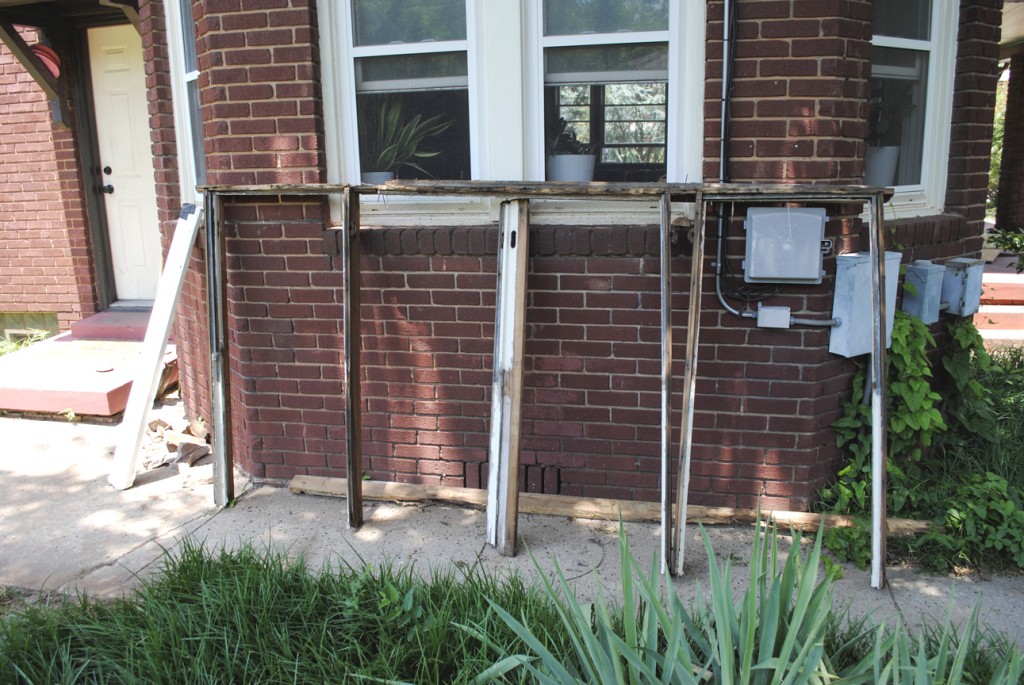 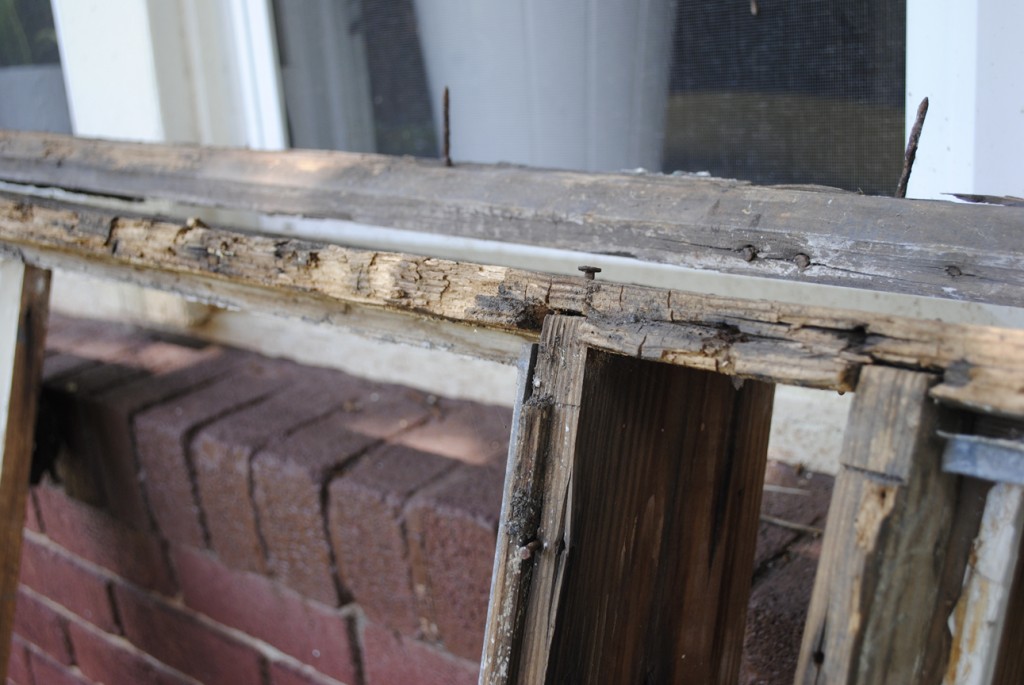 Once they built the frame, we still had to install the window weight pulleys. We thought this would be very complicated, involving the router and some serious measurements. Then we knocked out the old pulleys and learned how they did it originally: four holes drilled in a line. Oh the simplicity!

With the pulleys removed, we knocked them into place and then re-installed the new casing frame. 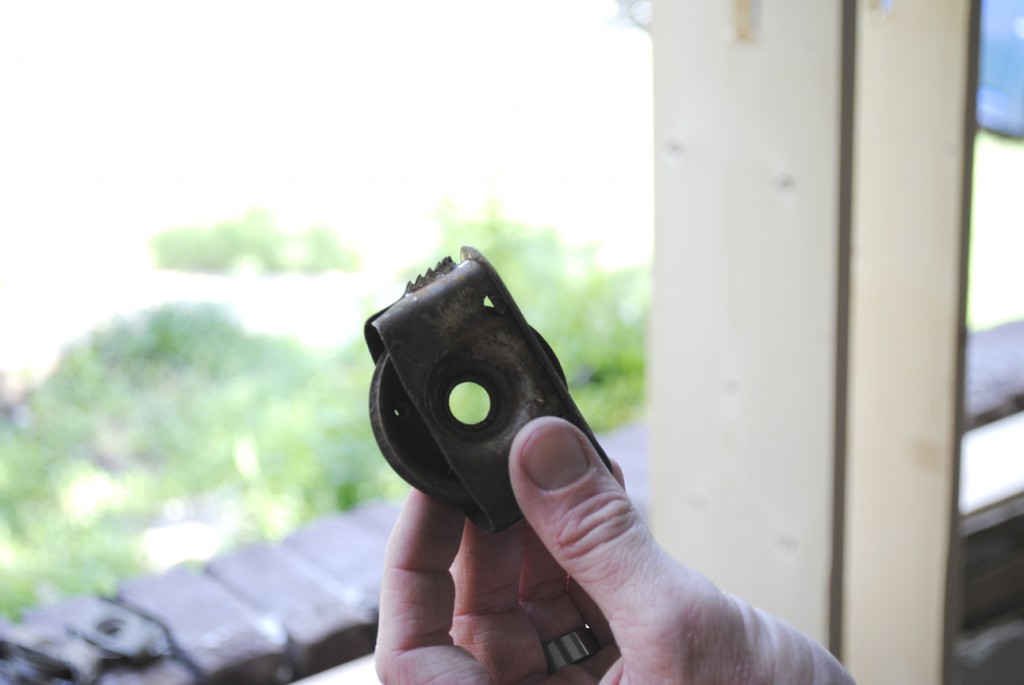 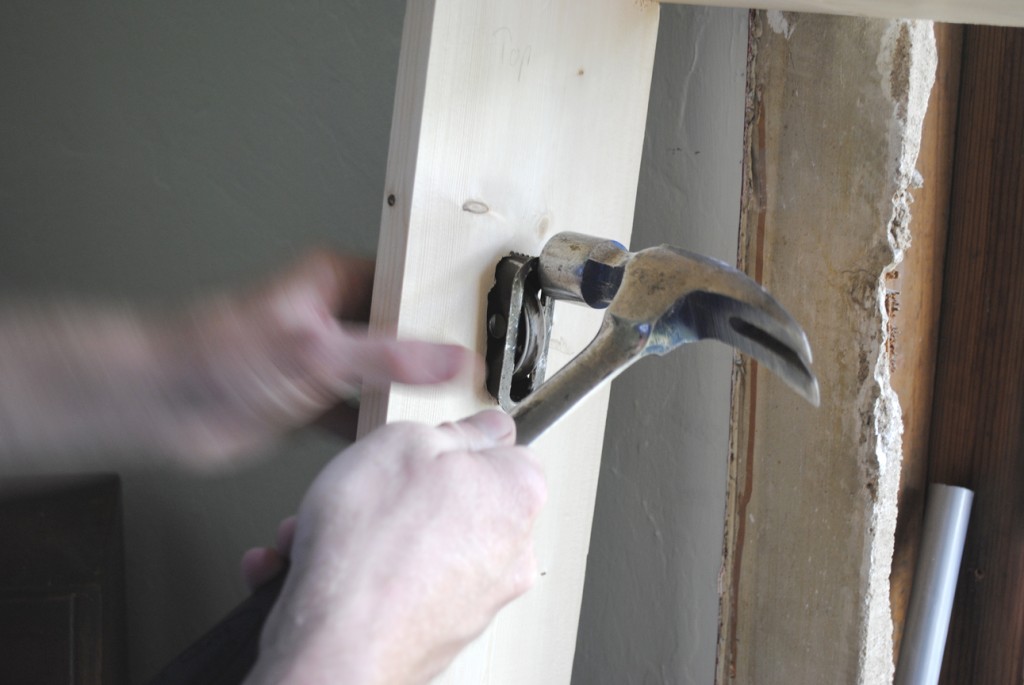 Oh happy day! And what a long day that was. I don’t think I’ve been as exhausted as I was that day. It was the day that I kept telling myself, “This is a test, and I’ll be damned if this house is going to beat me.” 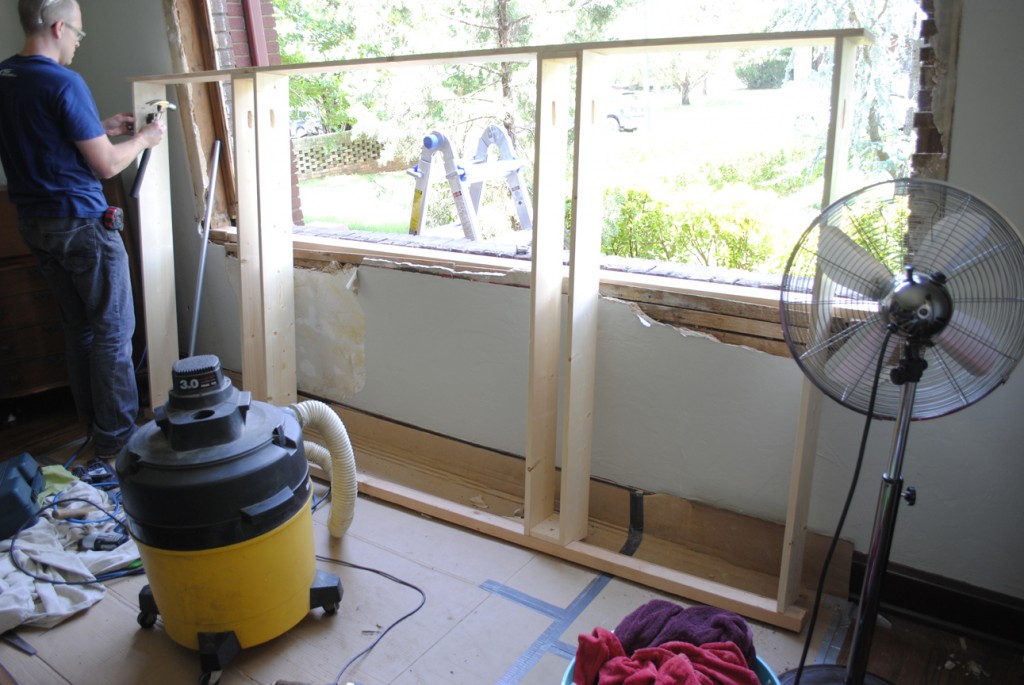