About two weeks ago I wrote about my pine cone door hanger. I’ve also crafted a few other things…

Though I’m no longer a starving student, the crafty poor kid in me still likes making handmade gifts. While I was waiting for inspiration to strike looking through Martha Stewart’s homemade gift ideas, I found a Feather Cat Toy and Shrinky Dink Pet Tag. These worked out great because for the most part I had all of these ingredients left over from other projects. Both actually turned out very nice with the added benefit of getting a jump start on my Craft Room Clean-Out scheduled for next week! 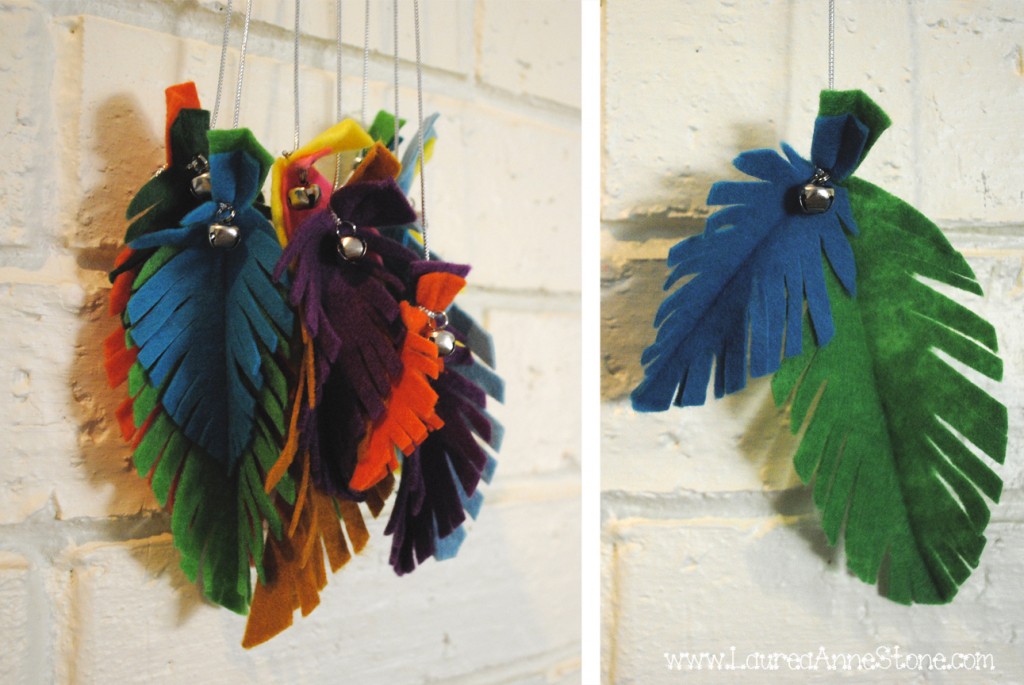 Feather Cat Toy printable template| Feather Cat Toy instructions
Technically I just saw the picture on the instructions and took it from there, though there is a template available. Once I cut all the “feathers” I added little jingle bells to the toy end and a large split ring (like a key chain ring) to the string end to hold on to (you could just tie a loop at the end). I also used silver cord instead of a leather strap and added a dot of glue to the knots because Milo is pretty destructive and manages to shred and untie everything I give him. I think he learned it from the dogs…. or maybe he taught them. 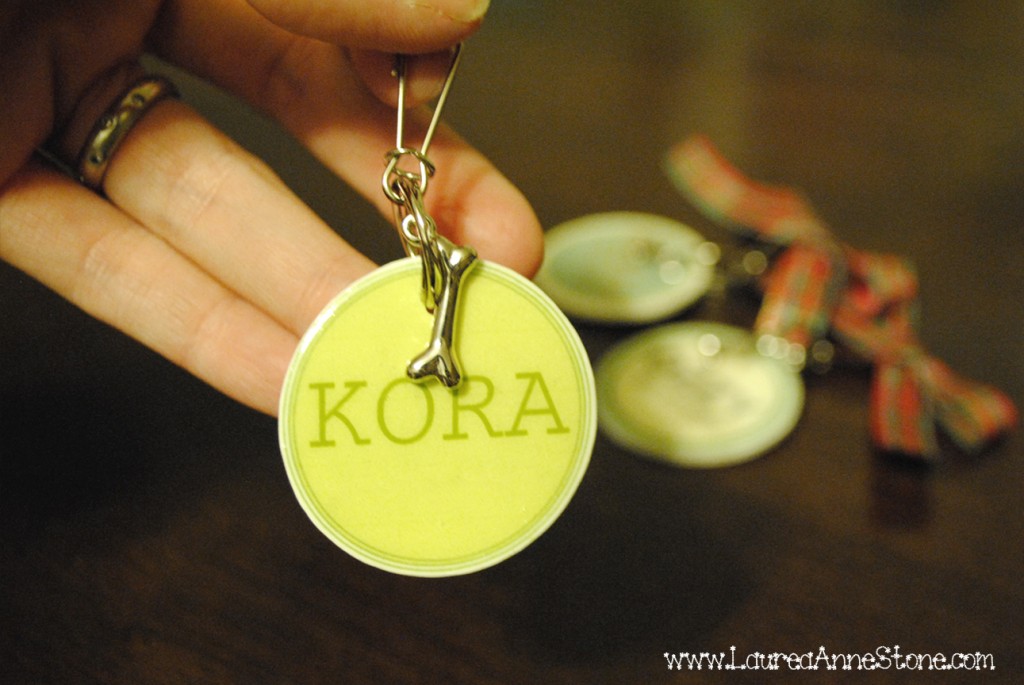 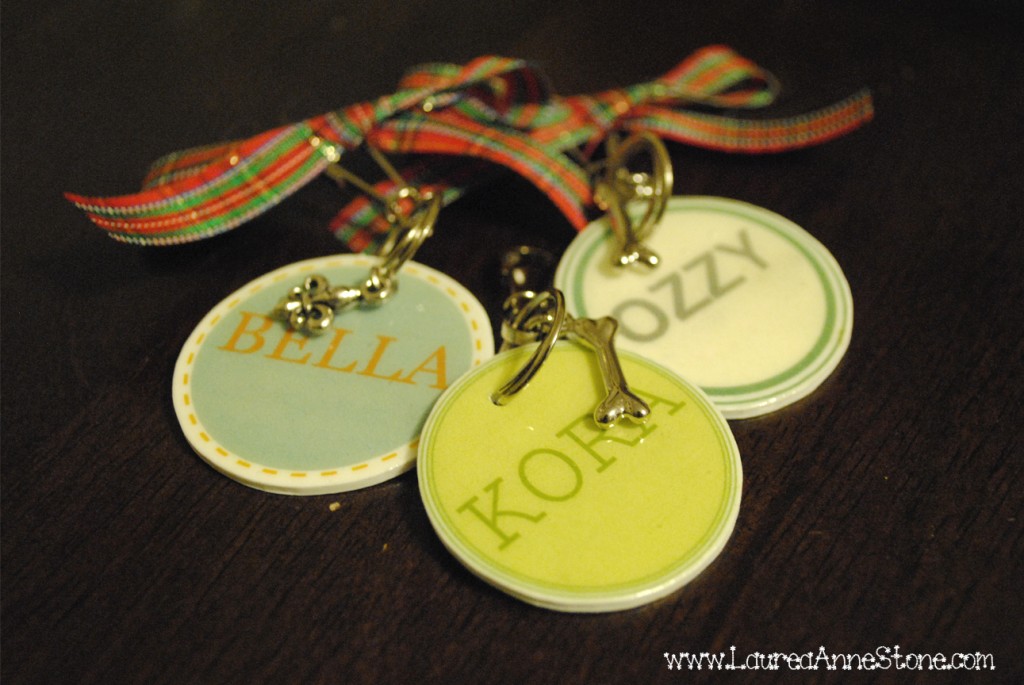 Printable Pet ID Tag template | Shrinky Dink Pet Tag instructions
I just used the template (for Shrinky Dinks printable plastic sheets) but didn’t exactly follow the instructions for this one either. Instead of a jump ring, I used a split ring (key chain ring) and twisted it together to make sure the tags won’t let go of their pets (I would hate to have a lost pet AND a lost ID tag!). I also added charms and a generous helping of Mod Podge Dimensional Magic to make the fronts shiny and seal the sides. I left the backs unfinished with instructions to the pet-owners to use that space to write their information and then to seal it with clear nail polish.

Wrapping with Ribbon Scraps (not exactly a craft, but still an on-the-cheap way to use up some leftover craft supplies)

I also used this year’s gift wrapping as a way to put all those beautiful ribbon scraps to good use. Each package was wrapped in brown craft paper (a favorite of mine because it’s such a blank slate for decorations!) and then each had a different ribbon with a circle-punch gift tag and a sprig of dried evergreen from a fall floral arrangement. It makes an impressive display, plus now all those pretty scraps get to show off their stuff! 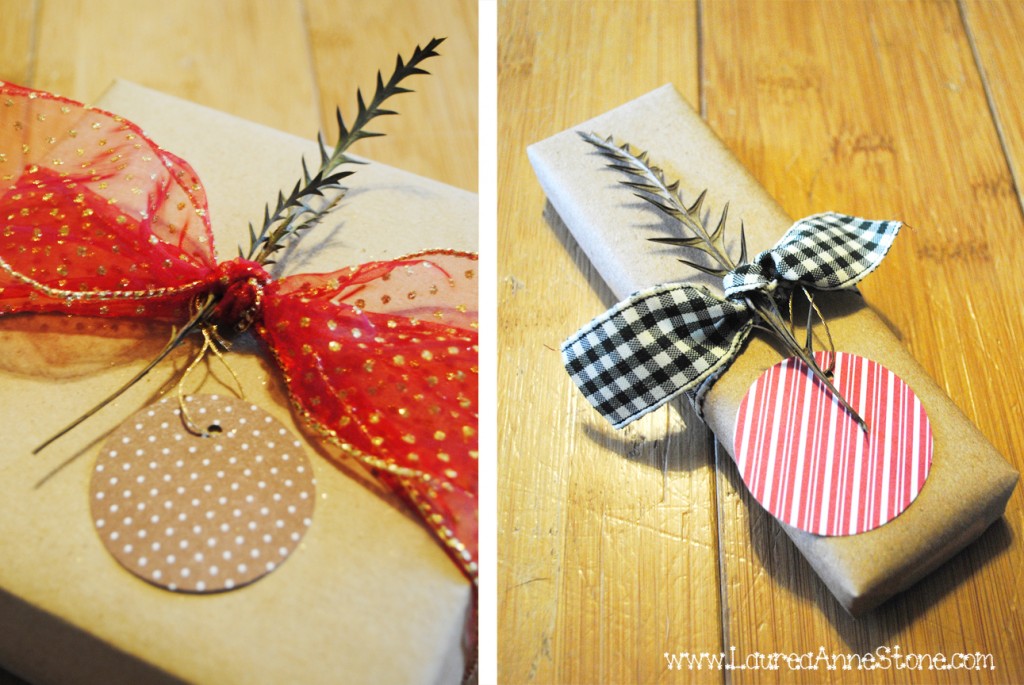 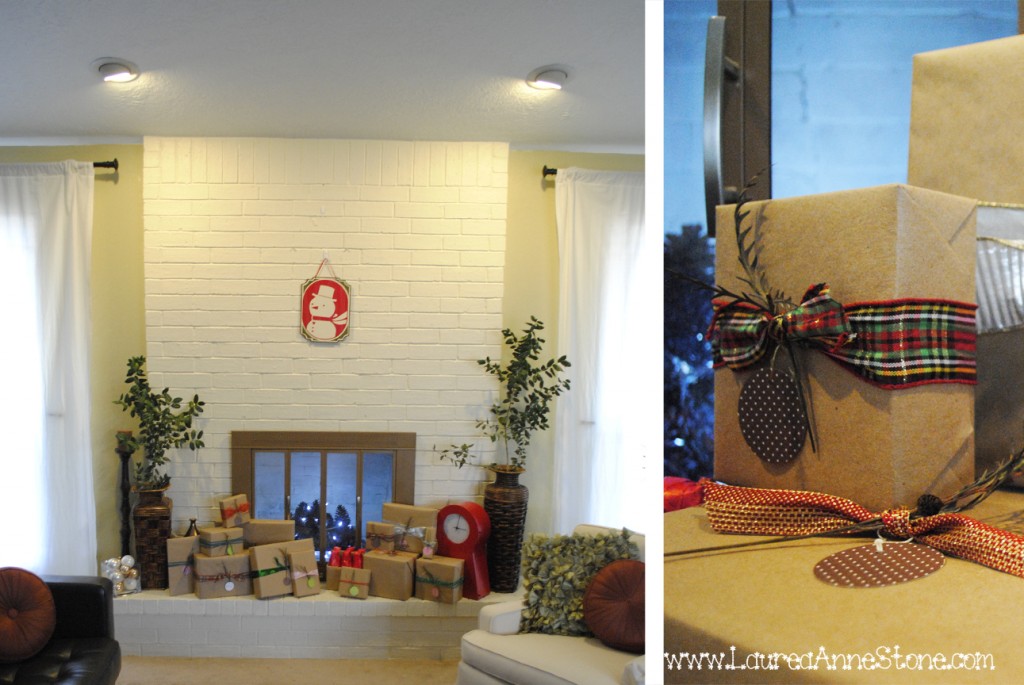 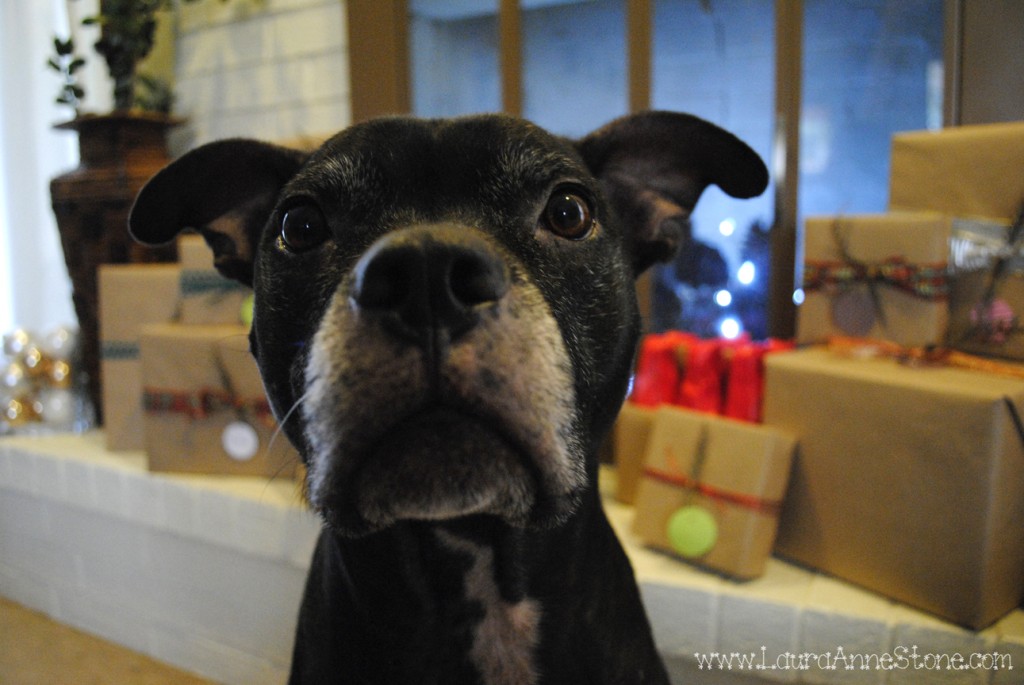